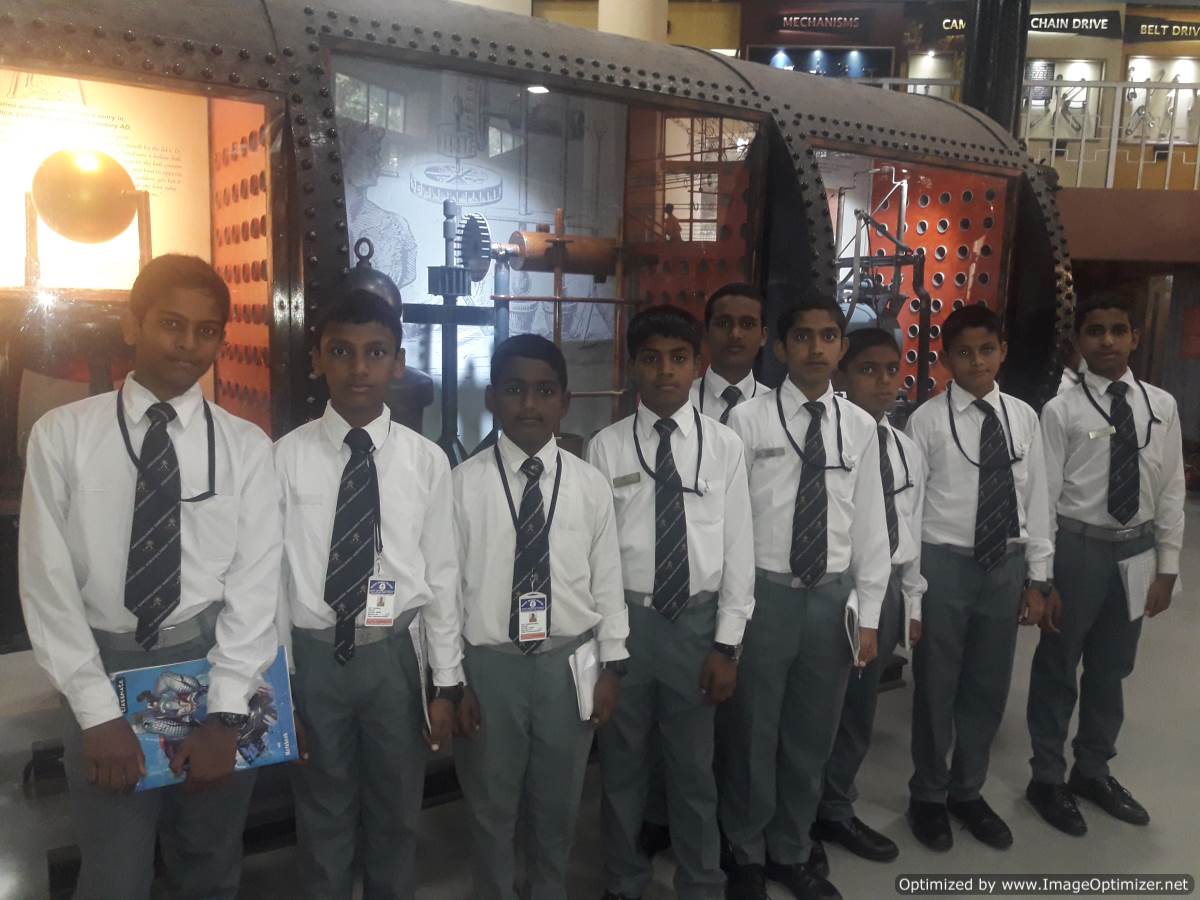 It was indeed a thrilling and marvelous sight for 102 cadets of class VIII and escorting faculty members when they were given an opportunity to watch the activities of scientists in the Clean Room at Indian Space Research Orgnisation, Bangalore, who were tirelessly working towards preparation of Chandrayaana-2. It was a privilege for the cadets for having witnessing the tireless efforts and zeal of scientists. They also enjoyed the virtual tour organised by the In Charge of ISRO Exhibition arena Mr Sreenivas. He explained the cadets on satellite launching, functions of satellites, importance of NASA’s International Space Station, commercial satellite launching through Astrix, a body of ISRO which looks into the matters of commercial and community oriented satellite launching. The cadets watched videos and functionality of various bodies and research centres of ISRO situated at Bangalore, Sreeharikota, Hassan and Thiruvananthapuram. They even enjoyed the exhibition arena. ISRO’s century of satellite launching was also a matter of curiosity for the cadets. Their queries were also answered by Mr Sreenivas.

The cadets were also take to the Visweswaraiah Industrial and Technological Museum, Bangalore. The institute showcased exhibits and elaborated upon the history of industrial and technological developments across the world under a single roof. The cadets were facilitated to understand the growth of industries and growing popularity of technological devices and gadgets through innumerable exhibits and posters. The spacious ground floor of the museum consist the ‘Great Engine Hall’, which focuses on how giant engines were being in use in olden days. The cadets were fascinated by the ‘Dinosaur Alive’ gallery. They enjoyed it thoroughly. Their fun continued in the sections named ‘Fun Science’ and ‘Electrotechnic’. The section ‘Space’ elaborated the cadets on emerging technologies in space science for the betterment of mankind. The sections named ‘Biotechnological Revolution’ and ‘Science for Children’ were also interesting and informative. The museum celebrated its golden jubilee year in 2014-15 which left the cadets to gather information on the history of establishment of VITM and its significance in imparting valuable information through rich resources. The cadets were thrilled to know that some of the exhibits like the giant steam engine produced in Germany. The prime attraction of the museum is its rich gallery of engines and machines of eighteenth and nineteenth century.

The visit to Visweswaraiah Industrial and Technological Museum and Indian Space Research Organisation, Bangalore was informative and educative too. 102 cadets were escorted by Mr Prasad MH, Dr Sreedhar, Mrs. Leelavathi, Mr. B A Rajgolkar and Mr Ashokan NV.