Cariappa House is named after Field Marshal KM Cariappa, the first Commander-in-Chief independent Indian Army, the great visionary and pioneer of the Indian armed forces. We are very proud to submit the report of our House. These are the highlights of our House achievements. 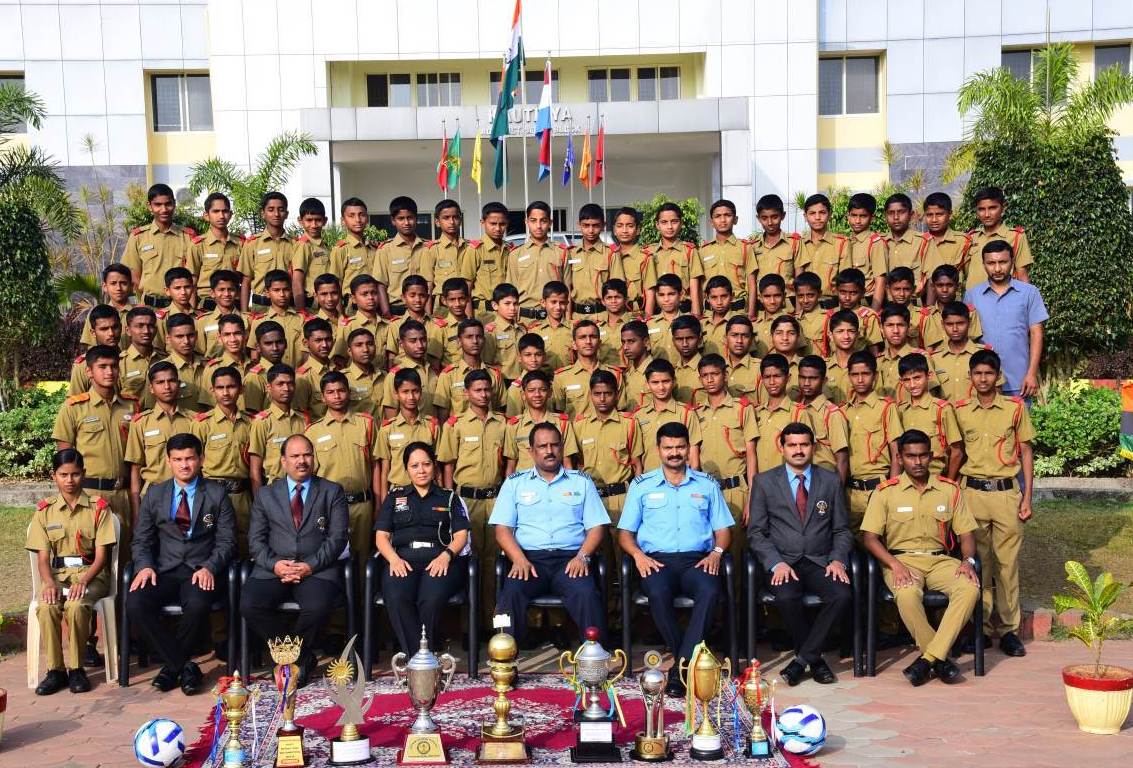 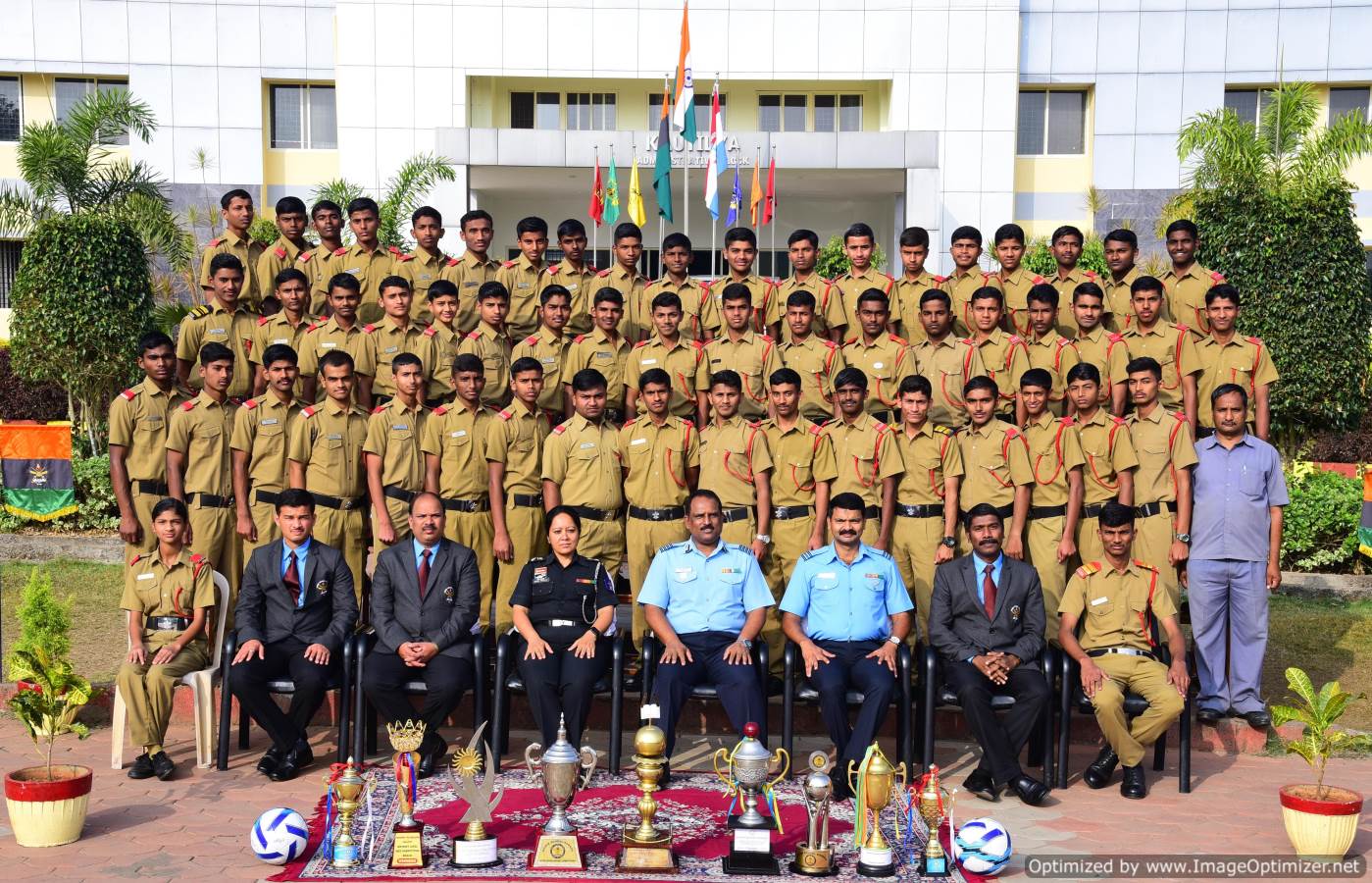 Everlasting hunger for achievements, eternal relationships, josh – type personality, solid stance in achieving one’s dream in defence forces are the qualities of a Cariappan.The academic year 2018-19 has been a challenging one, making the royal tigers stretch their limits to greater dimensions. It is a cherishable fact that the house has bagged the interhouse basketball, hockey championship in the category of sports combined with inter house cultural, hindi debate and drill trophies. The persevering Cariappans have once again proved their mettle by bringing some of the prestigious titles and awards - Cdt. Rahul Kumar has been adjudged as the best all rounder cadet, best cadet in sports and has bagged the coveted blues in athletics. Cdt. Prithvi has bagged blues in basket ball and cdt. Goyank Reddy has been adjudged the best cadet in academics of the batch. As literary icons generally emerge from the bosom of royal tigers, Cdt. Harsha has won the district level debate championship and Cdt .Devaiah being placed first in field marshal Cariappa memorial essay writing competition. Cdt. Ajay and Cdt. Mehank bought name and fame to our institution by winning the district level quiz competition. Cdt.Sheelsen has been adjudged as the best athlete for the academic year in senior category and has set up a new record for high jump in the school where as Cdt. Karan has adjudged as the best athlete in Brahmagiri Sahodaya. Cdt. Prateek, Cdt. Goyank, Cdt Shayan Somanna have successfully cleared UPSC – written examination
and cracked SSB. setting their young feet and minds in to the respectable defence forces. A wise man claimed that there is always room for improvement going on the same
lines the house is set to break records, inspire and perspire in the upcoming days.

Cariappa House is named after Field Marshal KM Cariappa, the first Commander-in-Chief independent Indian Army, the great visionary and pioneer of the Indian armed forces. I am very proud to submit the report of our House.

“Cracks, crevices in the long haul of a person turn into beds of flowers and passage for the life-nurturing fluid – water.” Quoting this, I am here to brief all of you about the journey of Cariappa House. It has been a marvellous drive for the Cariappans since they have learnt a lot of ethical, social, bio-conserving values embarking on this journey. I state that a huge step for improvement has taken place. These are the highlights of our House achievements:
(Report By: Mr. Suresh K, House Master)
The Report of Cariappa House 2019-20

Every morning a Tiger wakes up and it knows it must be capable of out running any gazelle or else it will starve to death. Similarly a Cariappan too wakes up and stares at his challenges dead in the eye with the josh to kill any obstruction. It doesn’t matter whether you are a tiger or a Cariappan. When the Sun comes up you’d better be running and yet, the Cariappans have been running their best throughout the academic year 2019-20.

A lot of Cariappans have performed exceptionally well in academic, literary competitions and outdoor training activities. To start with Cdt. Sheelsen (543) added fuel to the flames of Cariappan glory by clearing the UPSC examination and bagging several medals in Inter House Athletic competition and setting a new record in High-jump. Cdt Vinayak Tangali ( 559) was adjudged the best athlete and has also brought many medals in Inter –School Athletic  competition conducted by KALS. Cdt Shivanagouda (510) stood out by breaking the school discuss throw record by throwing a distance of 25.74 meter. Cdt Hariprasad (772) brought a medal too in Inter-school athletics in Shot put.

The Cariappans proved their mettle by displaying their skills both mentally and physically by winning the championship of Inter-house badminton and chess competitions. The senior house stood in the 1st position in Hockey Competition and Athletics.

Even as we celebrate our achievements, we do not call off our spirit, josh-type attitude and challenge. There is still much to be done and much to be proven.

Academic Performance in Periodic Assesment Examination-1 for the year 2018-2019:

Our House also proved their excellence in academics. Many of the cadets secured first position in their examinations.

Achievements in Sports and Games for the Academic Year 2018-19:

Cadets of Cariappa Junior house proved their prowess and stamina in sports and games showing they are not lesser than their opponents. The house placed 1st in Chess,  3rd position in Hockey,  2rd position in Football.

Co-Currcular Activities for the Academic Year 2018-19: